Another second set of Game Ideas which somehow couldn’t be created or finished by me because of time constraints, lack of interest & Distractions. You are absolutely free to get inspired to extract anything out of this ideas. Will be more than happy to see what you might develop these into :). Check out the Part #01 List here.

A secret mission to extract some valuable stuff from some villain’s industries, a.k.a mission impossible style jumping down from a plane and descending inside the building to its floor. Building’s roof is blasted and hero dives into the building, where a lot of traps and twists and turns awaits. Idea is from a 2d game of similar theme but its just about diving down and avoiding obstacles. 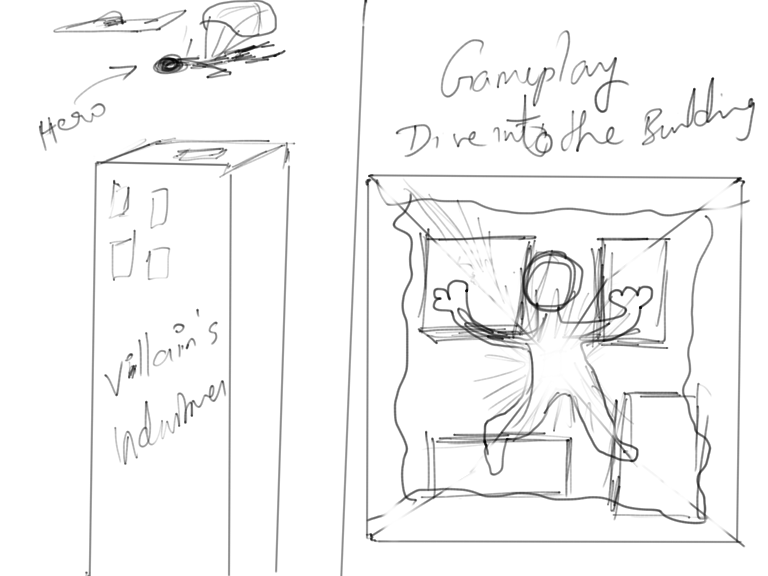 Basically the same old video game Mario Bros, with a one button control for jumping that is suited for touch devices and just for nostalgia. Due to licensing issues I planned to do it using Kenney’s awesome pixel art assets. 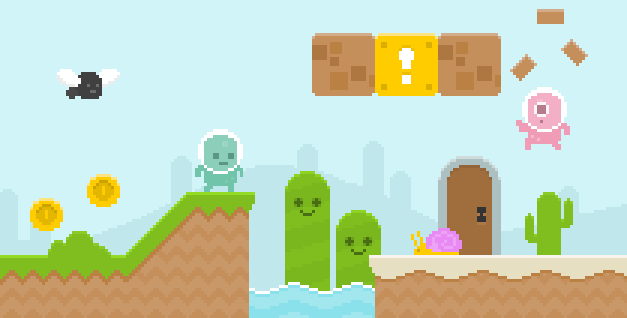 A 2 player bicycle riding game, where the players use 2 buttons which must be tapped in some sync motion to make the bicycle go fast. Inspired by QWOP. 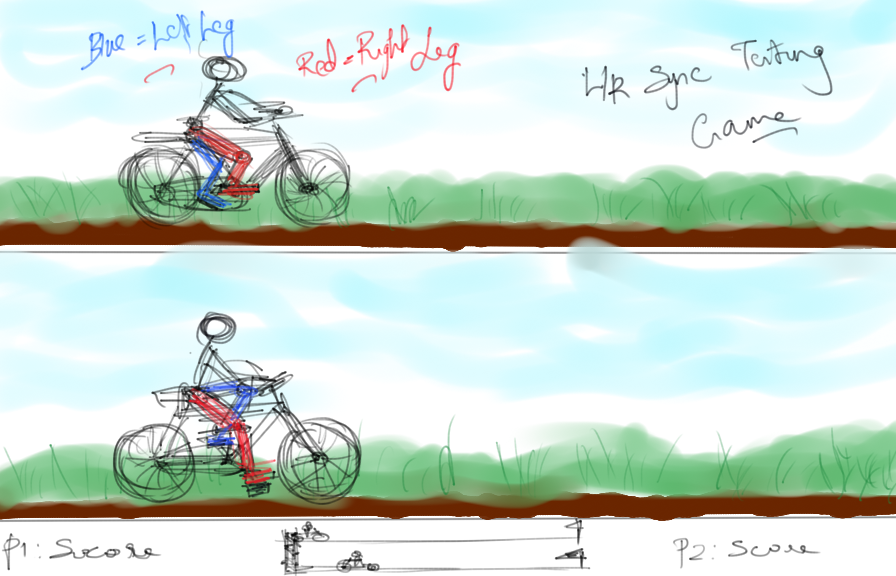 An idea about recreating a square numbers pattern, which are filled by horizontal and Vertical shooters. But i can’t seem to come up with a logic for them.

A normal game. But once the player finishes it, he gets one item to add or delete from the level. So each player makes the game to the next player different.

I was a big fan of blobby volley game on pc.(Search blobby volley and you’ll see). I searched similar game on android and found SlimeDroid and its was awesome. Later i played Soccer Physics which was really fun & is best suited for touch devices owing to its single button gameplay. I wanted to make a blobby volley with a one button mechanics. Hopefully later :)…

Check out other Lists of Game ideas