Experience of Creating the First Game

Making a Game was Fun, extremely satisfying, Wonderingly Rewarding and sometimes a little Frustrating.
Yet i continue with the inspirations from the games i’ve played thinking about how small my game is when compared to other games.
I quickly made some levels similar to each other slightly different in mechanics and some Boss battles.
Slow motion was added to one level with 4 pads. I seems pretty happy. 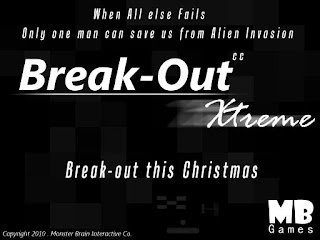 But things don’t seem well with Playtesters. Playtesters who have been playing many games feel no variety or any Speciality in this game , Other than me making my first Game. This made me think. Yeah They are right.
There is nothing special @ All.

So i started thinking about remaking Entirely. So goes my Entire vacation , Day and Night in front of laptop and Notebook , making the game’s Logic , Levels ,Difficulty level , Sounds & Music.

Uploaded to newsgrounds.com for publishing the Game. Its only meant for my friends and relatives But as soon as uploading some people around the world played it and reviewed it. Most of them get Stuck , probably stopped playing due to lack of polishness . Still I’m happy with the Result. Browser had many problems So i had to change the Keys and mouse wheel Issues.Also created extra graphics for Alien SHIP too. Its updated and much better.
Game Making tutorials are on the website : www.monsterbrain.co.cc
PLAY IT HERE
Current stats.